When a distributor starts working with a Cost-to-Serve model for every line-item, order, customer, etc., the analytical results can be shocking. Few can quickly comprehend how, for example:

This video-based-series of 50 lessons with workbook exercises is designed to gently and respectfully enlighten sacred old success beliefs that every employee has with CTS-Math facts. The goal is get 100% understanding of what the economic upside benefits are to all four stakeholder groups: employees, customers, shareholders and suppliers. And, to increase the courage, confidence and conviction to fully support the pursuit of all of the new strategies that CTS-Math reveals and supports.

The instructor edition is designed to provide an internal champion with the support tools necessary to successfully facilitate each lesson within his or her organization. 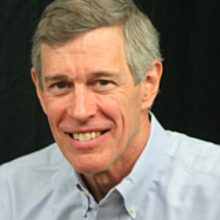 Bruce started his consulting practice for the world of independent distribution channels in January of 1980, after having spent 8 years working for a growth-by-acquisition chain of distribution companies with 300 employees. During his time with that company, he: rose through the ranks; quarterbacked turnarounds for 4 acquisitions; and was the chief operating officer for his last two years.

In 1983, Bruce bought Clark Security Products, a San Diego distributor which then had $7 million in sales. He turned around Clark, installed a high-performance culture and then recapitalized it to put a younger brother in charge in 1989. Clark grew organically to over $150MM in sales and about 350 employees and was sold to Anixter Corp. in December, 2010.

Over the years, Bruce has given countless speeches to well over 100 trade associations, as well as many of the world’s largest corporations with many repeat assignments along the way. He has written over 100 articles that have been published in trade magazines that you have never heard of. He authored a book entitled “Electronic Commerce for Distribution Channels” in 1999, which sold through three printings by the publishing arm of the National Association of Wholesale-distributors (NAW).

Bruce has been and currently is a formal advisor or board member for many firms and provides specific, strategic advice to many more on a regular basis. He has done several, contract turnaround projects in which he has worked with existing management throughout. And, he is currently working on two separate, but related start-ups that leverage software-as-a-service technology to create new business models for distributors.

Other than that, Bruce has two wonderful kids, lives in Coconut Grove, FL and plays a good game of tennis. In a previous life, Bruce graduated from Princeton with a BA in biochemistry and Harvard Business School with an MBA.